A team passionate about their work.

Founded in 2016 and currently located in the heart of Amsterdam, Rocha Dental Clinic philosophy is to give the patient the best possible treatment, in a personalized way, within a pleasant environment.

Our staff attends with dedication, seriousness and professionalism. 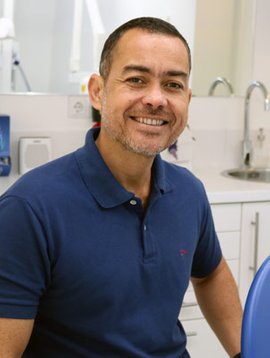 He graduated as a Dentist in 1992 at the State University of Feira de Santana, Bahia.

He worked for nine years in Salvador, where he completed two courses of Professional Improvement in Endodontics (canal treatment) and Fixed Prosthesis. In 2005 he specialized in the Family Health Program (PSF).

He moved to the Netherlands in 2006 and in 2008 began the process of homologation of his Brazilian diploma in Spain. In 2011 he received the title of "Odontologist" by the "Universidad del Pais Vasco" in Bilbao.

Between 2013 and 2014, he took a Master's Degree in Dental Medicine, in Portugal at the CESPU University.

In early 2015 He applied for the "Big Register Number" (Dutch Professional Registry), which was awarded to him in September of that year.

In 2016 he opened his own Clinic in Amsterdam: Rocha Tandartspraktijk. 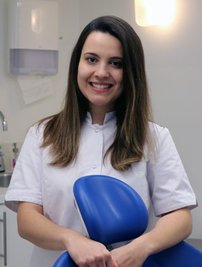 Graduated in 2010 in Dentistry (UFMG, Federal University of Minas Gerais), Brazil, where she also concluded her Master degree and specialisation in Pediatric Dentistry.

Currently she works with Pediatric and General Dentistry, as well as being a teacher and guest researcher at ACTA (Academic Center of Dentistry of Amsterdam). 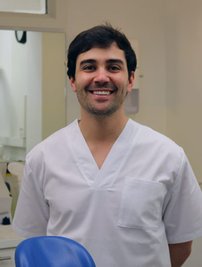 Dr Diogo graduated in Dentistry in 2012 at the Coimbra Medicine University, Portugal..

He held a year of exchange at Complutense University in Madrid. He moved to the Netherlands in 2013 where he has since worked as a general dentist. 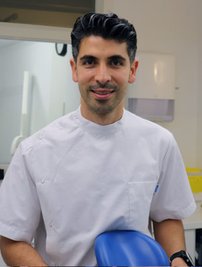 He graduated in Dentistry at the University of Barcelona in 2006 and later concluded a master's degree in Oral Surgery and Implantology (Spain).

He was an adjunct professor at the University of Valencia until 2014, when he emigrated to Holland, where he dedicates himself to Implantology. 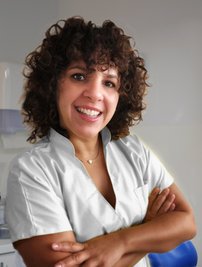 Graduated in Dentistry at Paulista University (Brasil-2000), where she also conclude her specialisation in Orthodontics (2009). In 2014, she followed a
specialisation in Restorative dentistry aimed at interdisciplinary treatment of orthodontic patients (SENAC-São Paulo)
Since 2015 she has been a PhD candidate at the Oral Kinesiology
department of ACTA . 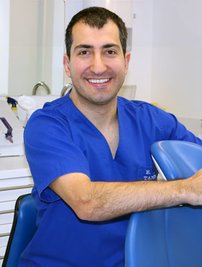 Graduated in Dentistry in Brazil by Federal University Of Minas Gerais (FO-UFMG) in 2010. In 2011 Dr Vitor concluded his Master in Oral Surgery and Implant Prosthodontics. In 2013 he became a specialist in implantology with emphasis in Advanced Surgery and Maxillary Reconstruction. Both Masters were concluded in Brazil.. 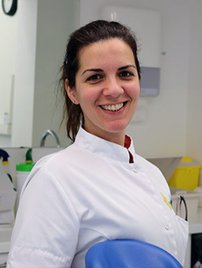 Dental assistant since 2011.In 2013 she was awarded the Dental Assistant certificate by the "International Career Institute". That same year she obtained the certificate of Hygiene and Prevention of Infections (WIP), through "Dental & Learning". In 2015, the Certificate of Preventive Assistant, by EDIN (Edin Dental Academy). 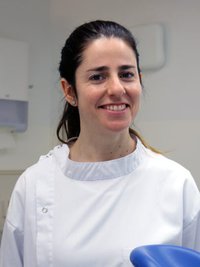 She has worked as a dental assistant since 2001 in various clinics in Portugal.

In her professional career, she has assisted the general practice with emphasis on surgery and implants. 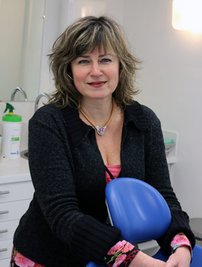 Ana has been part of this team since the beginning of Clínica Rocha.

She works as Office Manager and Public Relations, responsible for the organization and administration.

Ana is the first contact with the clinic and she is the person in charge of scheduling patients.

Dr. Euler has been my family dentist for over ten years. He is very experienced and talented as a professional, always working on patients' needs, discussing alternatives and treatment options and materials. Me, my husband and daughters are very pleased with his work. Super dentist!